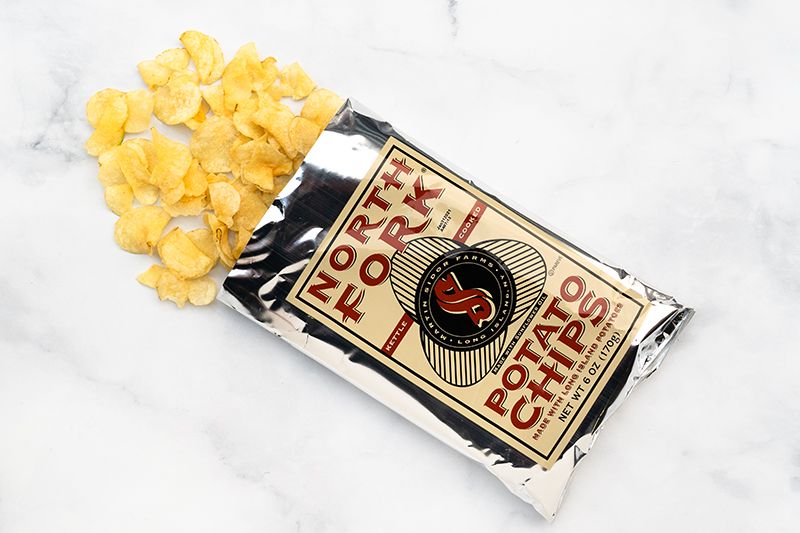 All natural Kettle Cooked potato chips, made from potatoes grown right on LI! These extra thick chips are cooked in healthy sunflower oil for a golden crispy, extra crunchy, and naturally hearty potato flavor. Lightly salted and (of course) no preservatives, trans-fats or cholesterol. Kosher 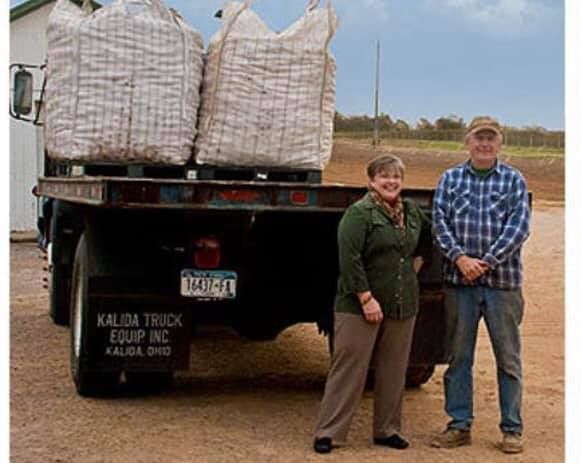 Farming runs deep in the veins of North Fork Potato Chips' founder, Martin's Polish grandfather started growing potatoes on Long Island’s North Fork and by the time he and his wife, Carol, began tending to the farm in the 1970’s, times were tough. Small North Fork farms had to compete with much larger corporations growing potato out West. They got creative and came up with a hearty new chip, kettle cooked in nothing but real sunflower oil. North Fork Potato Chips have such an authentic potato flavor because they’re one of just a handful of potato farmers left who make their own chips. Plus, the north forks abundant sun, ocean precipitation, and great soil make for great flavor. They only use the very best chipping spuds and real sunflower oil. The sunflower oil lets the flavor of the potato come through and it’s as healthy as olive oil. Because their potatoes come right from their field and their barn, they’re fresher. North Fork Potato Chips never add any preservatives. Ever. They’re all natural, Kosher, and even “green” since they started using more environmental methods of farming. Martin and Carol became environmentalists the way all good farmers do. Because it’s practical. A while ago, they had a dry spell and were constantly running irrigation machines all summer long (Potatoes love water!). Because the price of diesel kept on going up, they started replacing it with the sunflower oil that they used to make chips. Then they started running their tractors with this newly converted biodiesel. Not only did this help keep costs down, it reduced how much carbon they put into the atmosphere. North Fork Potato Chips began using this new method so much that the New York Department of Agriculture gave them a grant for biodiesel production (biodiesel fuel is a clean burning, renewable fuel source that improves the environment).

Store in a cool, dry place. Consume by date on package for optimal freshness.