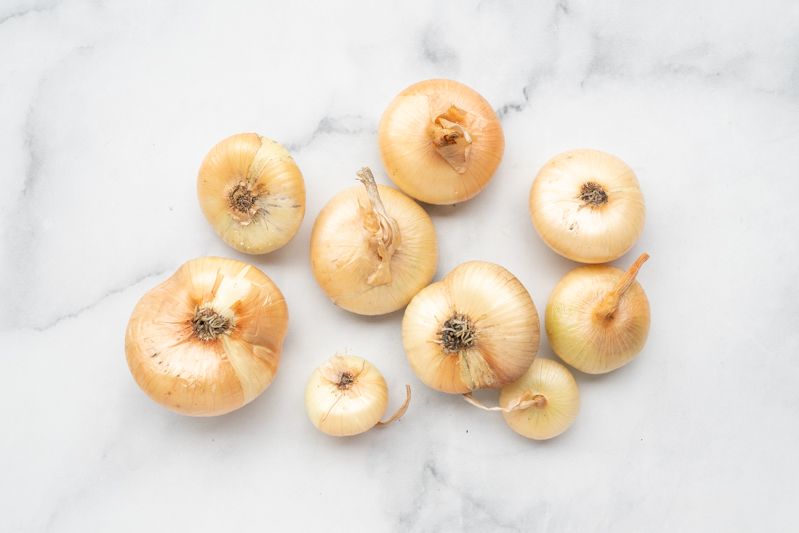 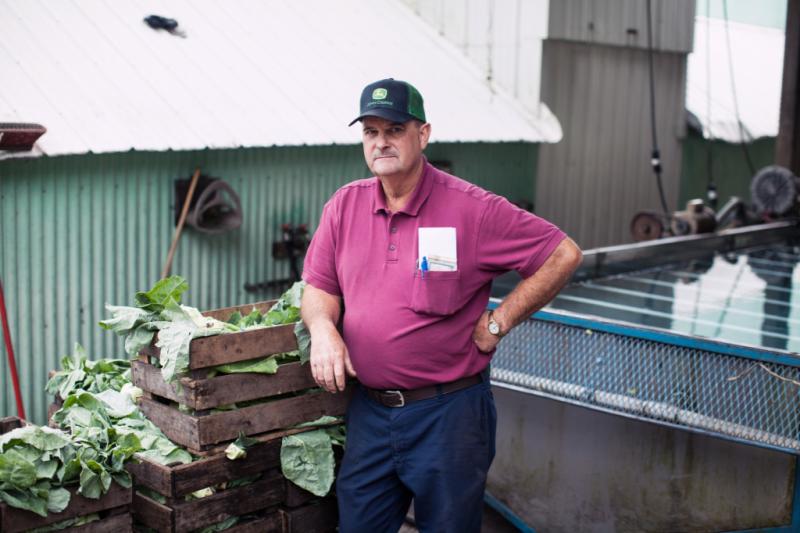 Dagele Bros. Produce, operated by Frank, Robert and Randal Dagele was started in 1919, when the brothers' grandparent's, John and Josephine, emigrated from Poland and settled in the 22 square miles of Orange County known as the "Black Dirt" region. A bit of geological happenstance has made the area home to some of this country's most fertile soil due to having been formerly the bottom of a nutrient rich lake. The sulfur rich soil makes for particularly spicy alliums so the Dagele Bros. devote about 180 acres of their 400 acre farm to growing cooking onions. "We sell our onions with the tops still on them, they're extremely fresh and have a better taste," Doreen, the Dagele sister, says. The other crops grown on the Dagele brothers' farm are 125 acres of salad greens, 40 acres of pumpkins and winter squash, and 20 acres of different vegetables that range from artichokes to zucchini.

Keep separate in a cool, dry place for up to a month.