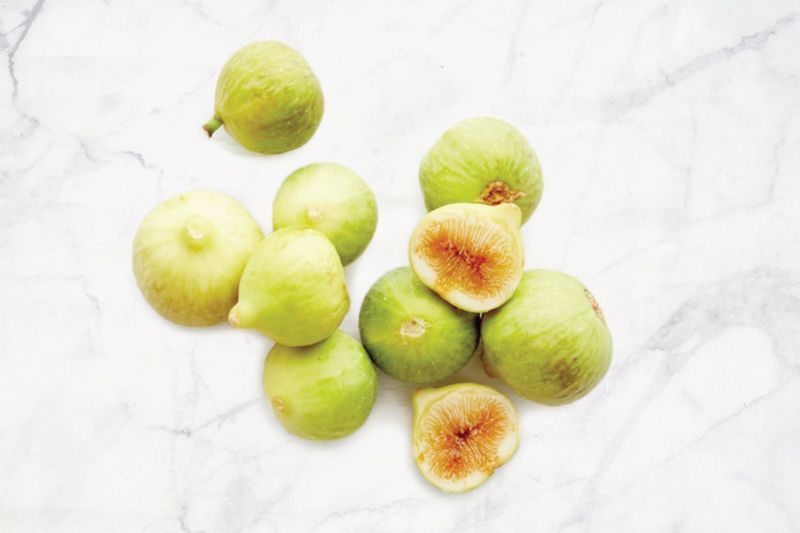 White Figs are green-skinned with a light amber flesh. It has a relatively thick skin. smaller seeds, and lower sugars, making it great for baking.

Maywood Farms is a family owned and operated organic fig farm in the agricultural valley of beautiful Northern California.

Bob's childhood was a very unlikely source to produce a farmer. His family had not been farmers for generations, if ever they were. He also grew up in the Silicon Valley. Bob’s family still likes to talk about the shock they received when he announced that he wanted to farm. Bob claims he chose farming because he loved watching things grow in his family’s garden and a small (1 acre) apricot orchard. With out experiencing the long hours and hard work of growing up on a farm, he had an idealized image of a farmer’s life.

After high school, Bob went to the University of California at Davis to study Entomology. While in college, he became more interested in Production Agriculture classes and hands on work than research. He left college to run a high school farm, where he gained experience in different facets of agriculture. This experience reinforced Bob’s desire to have his own farm. His family gave him a challenge! If he worked on different types of farms for a couple of years and still had his dream, they would help finance his farming operation.

Bob accepted the challenge and after a few years he was ready to start his own farm. He selected a 265 acre bare piece of land in the Northern California town of Corning. After inspecting the land’s soil conditions, Bob decided to plant figs for the dried fig market. In 1986, he had his first harvest. This harvest was too small to mechanically harvest and transport to the processor, so he hand picked, packed, then drove the figs to the San Francisco terminal market. The response from the buyers was so good that he decided to focus on the fresh market.

Also in 1986, Bob met and married Karen, an Engineering Construction Management student at California State University, Chico. After graduation, Karen worked for various contractors. In 1989, she realized that running a farm and a construction site are very similar and decided to rework the farm's production operation. With Bob and Karen working together, the farm has become a successful operation. During harvest, Bob handles shipping and sales, while Karen runs the crews and oversees production.

In 1990, Maywood Farms obtained C.C.O.F. Organic certification for 25 acres of figs. This was so successful that they started the transition process on remaining acreage in 1998.