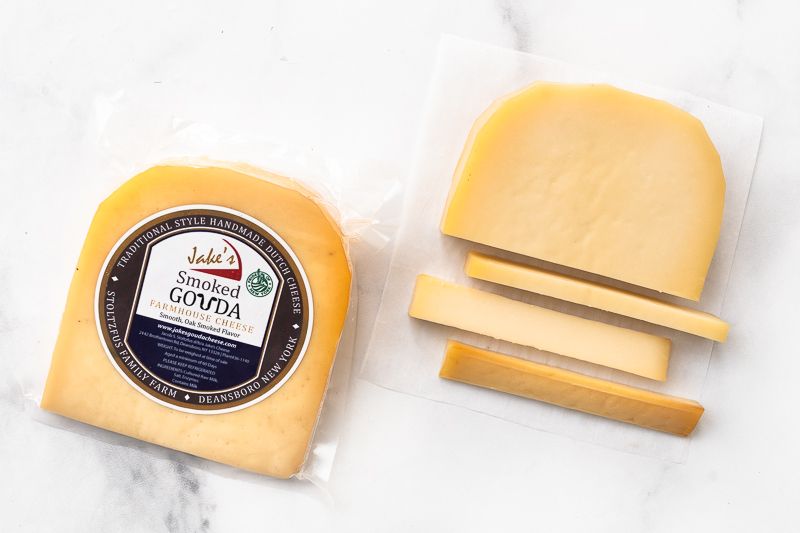 Jake’s personal favorite: Smoked Gouda. This latest addition is flavored after it has aged at least 60 days. Not for the faint of heart, Jake’s Smoked Gouda has a smooth, smoked oak flavor. If you’re a craft beer lover, here's some good news: Smoked Gouda pairs best with beer, especially Brown Ales, Bocks, Porters and Stouts. The smoky finish also pairs well with the crispness of white wines, including Champagne, Chardonnay, Riesling, and Sauvignon. True Gouda needs to breathe so Jake's cheese get’s plenty of air. Turned daily on pine planks to ensure uniform age and perfection for at least sixty days, it’s also a raw milk cheese – no high temp pasteurization here. The results? One of New York’s finest traditional style Smoked Gouda cheeses! This cheese is made from unpasteurized milk and animal rennet. 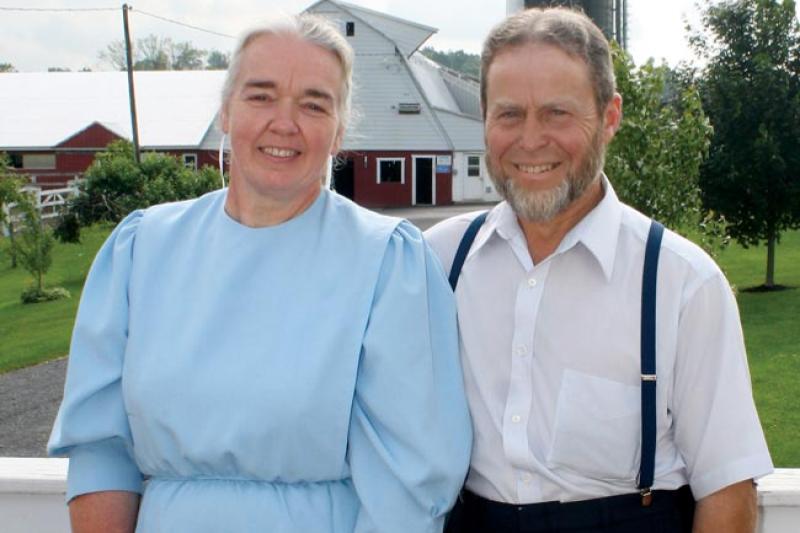 Jake’s Gouda Cheese began with a simple idea – that well crafted food is inherently good. Something about it just makes you feel… well, good. Jake believed he could bring this goodness to Gouda Cheese. You see, true Gouda needs to breathe and most of what he could find locally was sealed so tight it was if the goodness had squeezed right out. So, with the help of his wife Sylvia, they embarked on a new adventure. With milk sourced from their own dairy farm in Deansboro, New York, Jake began creating cheese in the Dutch tradition. Still handmade in Upstate NY, Jake’s cheese has its roots in Holland. It’s turned daily on pine planks to ensure uniform age and perfection for at least sixty days and it’s covered with a cream coating instead of a wax seal.

When Jake and Sylvia began searching for their perfect 200-acre farm, their final decision landed them in Deansboro, New York. Deansboro remains a wonderful location for a dairy farm with easy access to feed mills and cattle dealers. The move from Pennsylvania to Upstate New York brought a change of climate. Cooler summers for the cows and perfect conditions for dairy production. Having purchased two farms with intentions of passing them down to their sons, they now have a self-sufficient farm to source their own milk production. Eventually, Jake would like to hand the dairy farm over to his sons, allowing more time for he and Sylvia to pursue their passion for cheesemaking, and the rewarding joy that comes with it.