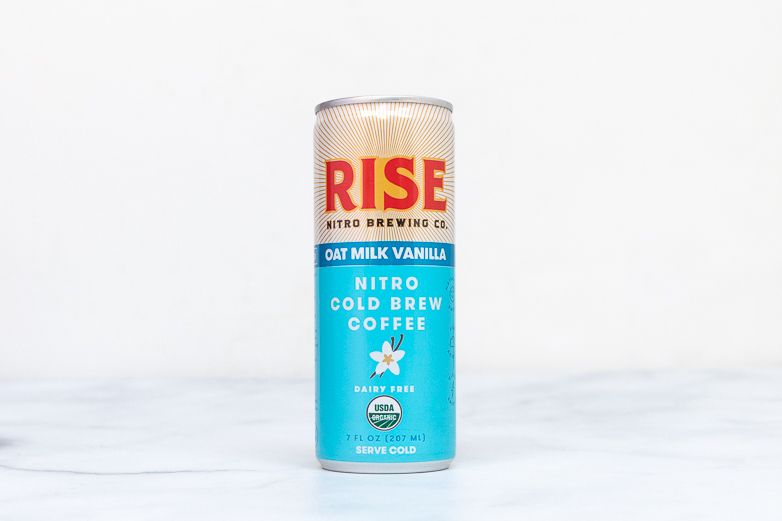 This nitrogen-infused cold brew latte enhances Rise's signature organic coffee with a dash of dairy-free oat milk and organic vanilla extract from Madagascar. It's creamy, slightly sweet, refreshingly smooth, and all good. Consume straight from the can or amplify the cascade by pouring into a glass. Watch it RISE and enjoy! You will be "on the RISE" after your first sip.

Now 4 for $10! This offer only applies to items of the same flavor and cannot currently be mix-and-matched. 80 mg of naturally occurring caffeine per can. No dairy. 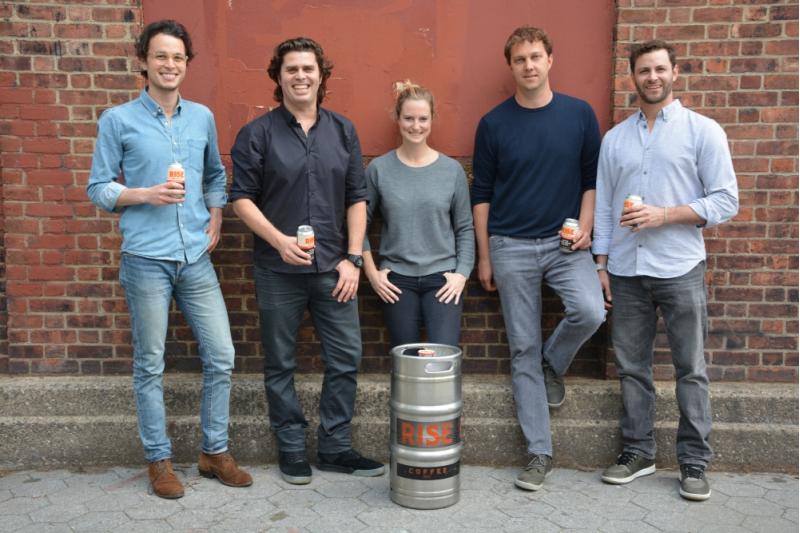 In 2014, the founders of Rise set out on a mission to brew the best tasting coffee on the planet, using the best organic ingredients they could source. They're passionate about life and wanted to create a coffee that could fuel their dreams. They were tired of the coffee products they saw on the market – loaded with sugar, calories, harmful chemicals and words they couldn’t spell. Rise's mission is to make the best coffee products on the planet and make them accessible to everyone. They brewed their first batch of nitro cold brew in a small New York City apartment, and grew their business in their garage with a goal to brew as much Nitro Cold Brew as they could, sharing it with as many people as possible. The more coffee Rise brewed, the more demand grew, and the eventually built their own brewery for people to enjoy Rise on the go and at home. Always driven to brew the best tasting coffee using only the healthiest ingredients, they launched a line of Organic nitro lattes nationwide in 2018.

Keep refrigerated. Consume by date on can.