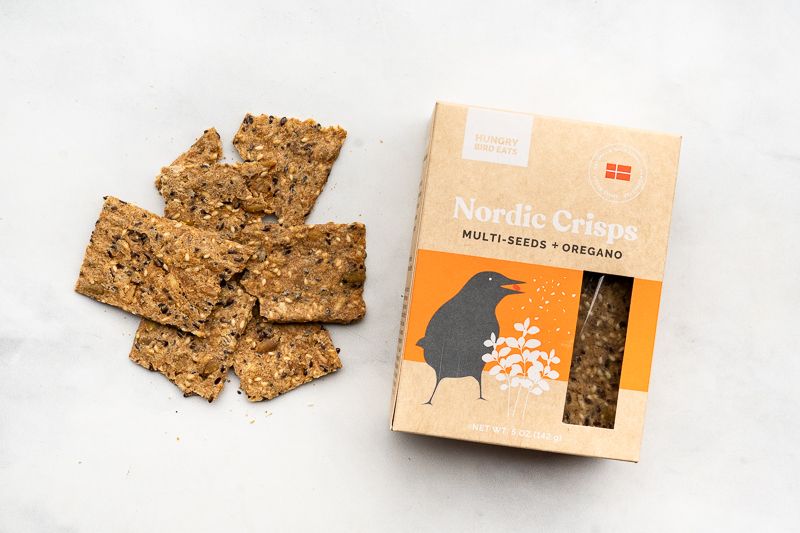 A version of traditional Danish knækbrød made with gluten-free ingredients, these Nordic crisps are crunchy, savory, and have a delicious herbal aroma from the addition of oregano. Packed with protein and fiber and in a convenient resealable bag, these are sure to be your new go-to snack. Comes in one 5 oz box. Made with gluten-free and organic ingredients, nut and soy free, vegan, non-GMO, no added sugars or preservatives 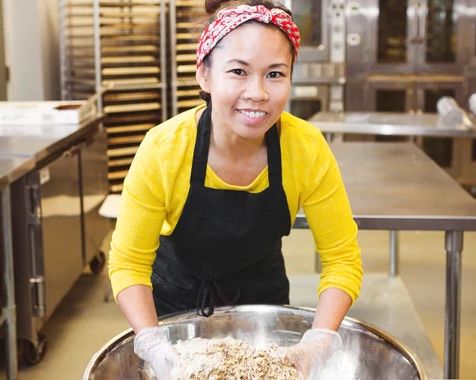 Hungry Bird Eats is a company on a mission to produce high-quality, delicious, healthy snack foods for kids and adults. Founded in Brooklyn in 2016 by Tina Diep, a Danish architect, designer, and food blogger Dieplicious, Hungry Bird Eats takes inspiration from Scandinavian recipes and a philosophy of using only real ingredients.

Tina began her quest for creating a better snack after learning that her 1-year old son Ike was allergic to nuts and soy. Finding that most snack foods on the market were heavily processed and contained these allergens, she pushed to make her own. Inspired by the traditional Knækbrød (rye crispbread) of her native Denmark, she created an on-the-go snack variation and began sharing her creations with neighbors and friends. The result was the launch of her first Nordic Crisp product, Rye + Sea Salt, an addictive slow-carb baked snack made of organic rye flour, lightly touched with olive oil, and filled with superfood ingredients such as organic chia seeds, flax seeds, and pumpkin seeds. Soon after, Hungry Bird Eats was launched commercially on the retail and wholesale market, followed by the addition of a second hand-made Nordic Crisp product, Multi-Seeds + Oregano, made entirely with gluten-free ingredients.

Store them in an airtight container or a bag in a location that is dark, cool, and dry. Do not refrigerate. Hungry Bird Eats does not use artificial preservatives in their products, so these crisps are best consumed as soon as possible to experience the freshest taste. 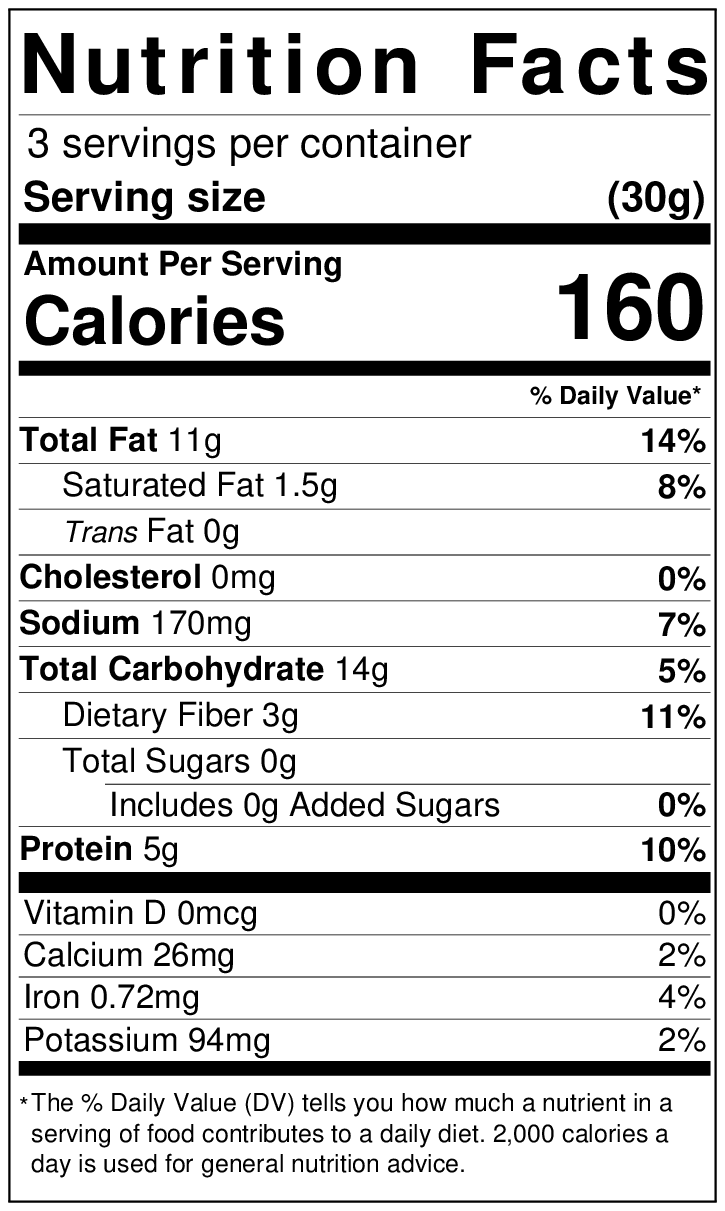