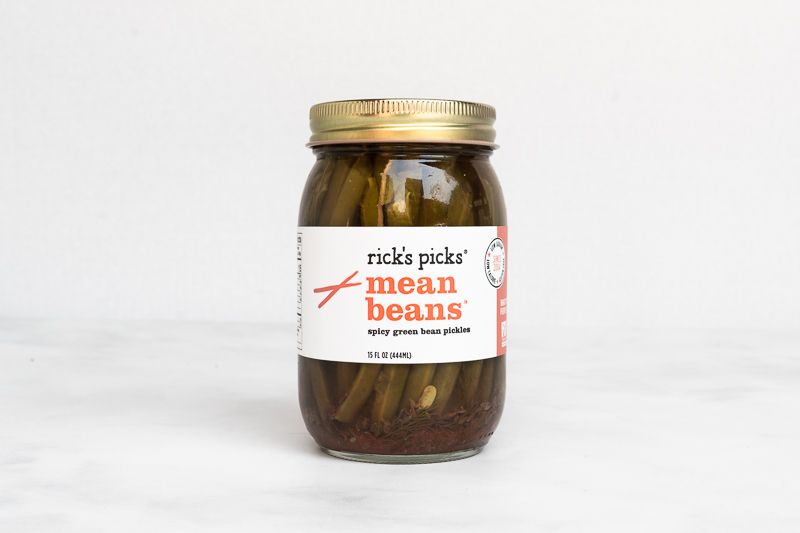 Mean Beans are a spicy take on what Rick's Mom in Vermont calls dilly beans. Our version comes with extra heat. These prize-winning crispy beans are pickled with cayenne and fresh dill and have an unusually fresh flavor. They make a great hors d'oeuvre wrapped up in salami. Garnish your Bloody Mary with Mean Beans and add the brine for an extra-potent kick. Use the leftover brine to pickle sliced carrots! serving suggestions: Wrap some beans in thinly sliced salami for a festive hors d’oeuvre. Add a couple of beans and a dash of brine to a Bloody Mary. Put sliced carrots or daikon in leftover brine for 2-3 days for more spicy pickles! 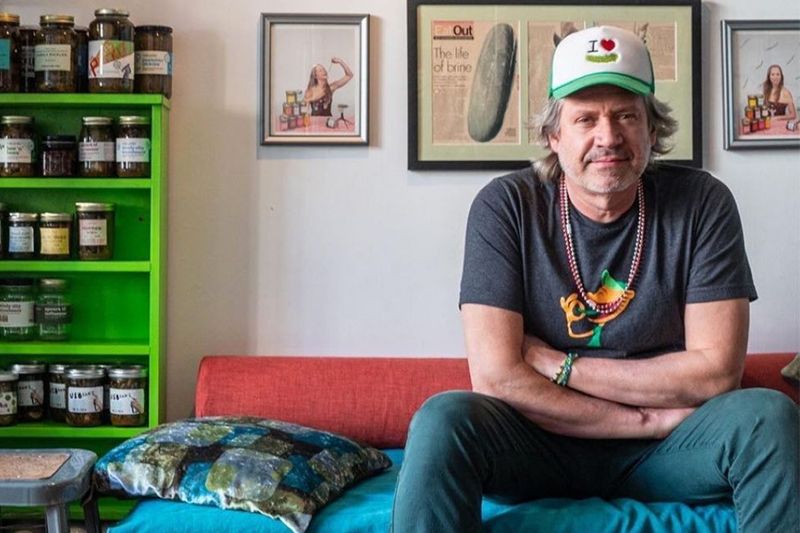 For Rick, the passion for pickles began as a family affair. He grew up making pickles with his mom, Holly and his dad, Dan in the summertime in Vermont. Making those pickles was as much fun as eating them, and that pleasure stayed with him as he grew up. He rekindled the passion for pickle-making in the kitchen of his one-bedroom apartment in Prospect Heights, Brooklyn over 15 years ago, using fresh produce from the Grand Army Plaza Greenmarket. And after a career as a television producer for VH1 and Bill Moyers, he founded Rick's Picks in 2004. Over the course of the next several years he built the company into a national brand known for savory, hand packed, all natural pickles made in season with produce from trusted local farmers. They’ve won numerous industry awards for innovative pickles of exceptional quality, distinctive flavor profiles and mouth-watering appeal. He thinks the best way to sum up what they do is this: Rick’s Picks makes pickles for people who cherish the traditions of home canning and appreciate the innovative spirit of the food world today. 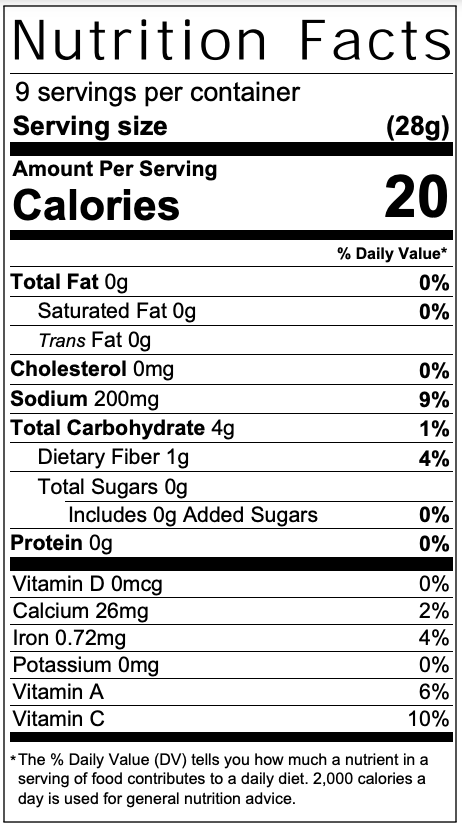