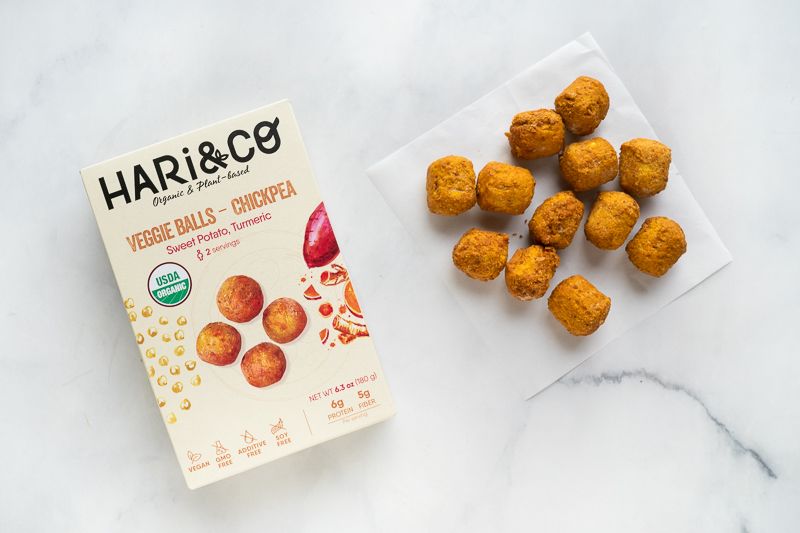 Easy to put together, these 100% plant- based veggie balls are great as a garnish for your salads, your appetizer trays, or as a main meal served with a side of vegetables. Healthy, flavorful and made of beans, they are a great source of plant-based protein and fiber. Veggie balls made of organic chickpea, sweet potato and turmeric. 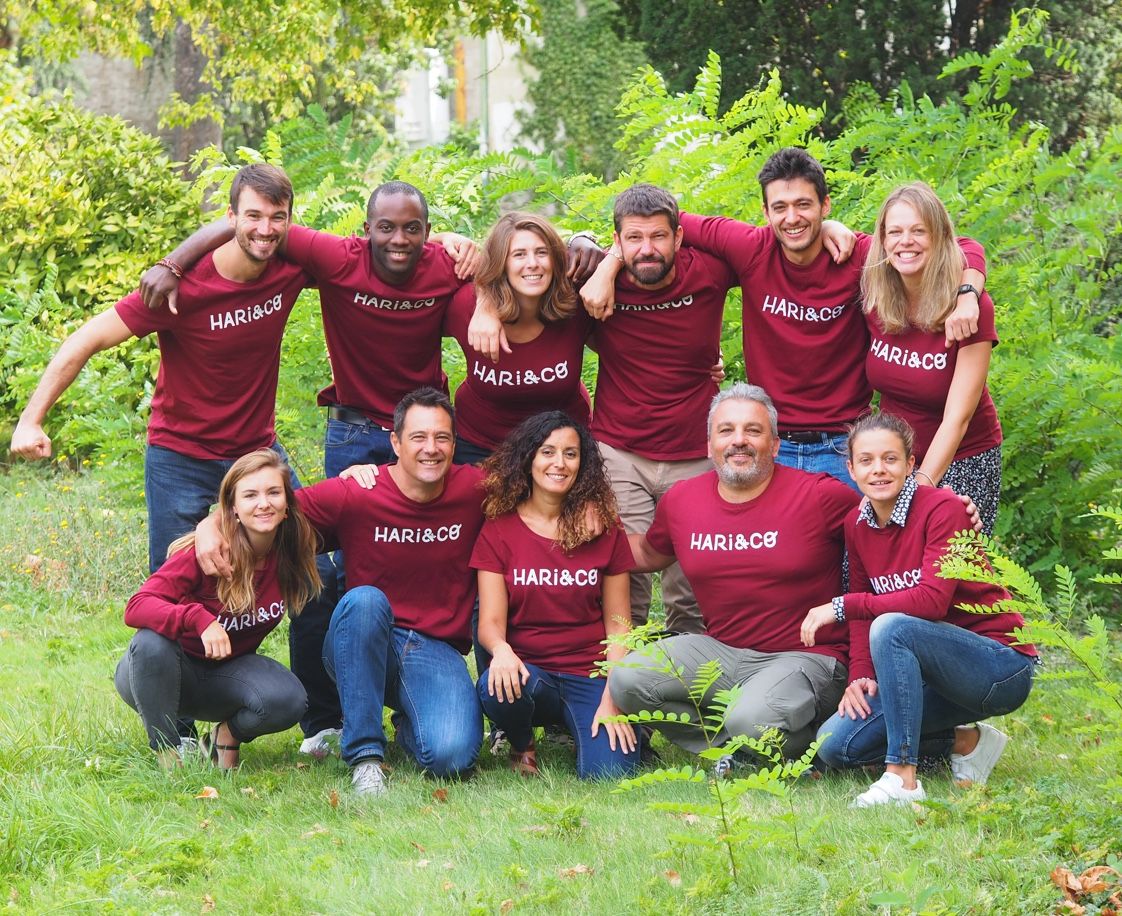 HARi&CO was brought to life by Benoît and Manu, two agricultural engineers from Lyon. After finishing school, they both took a keen interest in beans.

Aware of the issues surrounding the overconsumption of meat and convinced that the hype around plant proteins would only continue to grow, they came up with a new product using commonplace ingredients.

Instead of relying on soy, they opted for French beans such as green lentils, chickpeas, flageolet beans, and red beans. This is how their green lentil burger came to be while they were still students. They won numerous innovation contests in France and throughout Europe, earning them their first round of seed funding. And just like that, they set the ball rolling!

Once they founded the company and created new recipes, they began making a name for themselves by delivering to school and corporate cafeterias. The aim remains that of reaching a broad customer base with simple and delicious products.