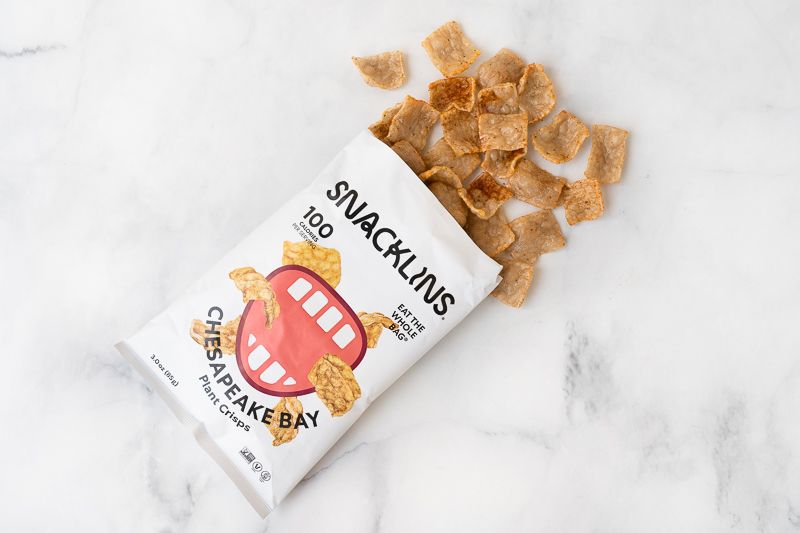 Made with mushrooms, onion, and yucca these crispy, crunchy snacks are light as air! Inspired by founder Logan McGear's experience as a BBQ chef, he and friend Samy K founded Snacklins to bring crispy cracklins/chicharrones to vegetarians! Just as addicting as their meat counterparts, these are flavored with a Maryland classic - Old Bay, making them a must have snack for carnivores and vegans alike! 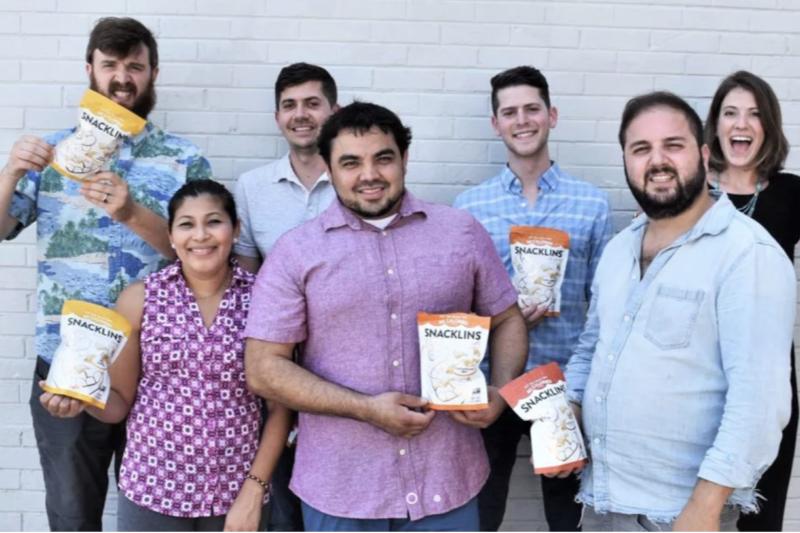 Snacklins was unceremoniously born in the back kitchen of a Washington D.C. barbeque joint sometime in 2015. Former radio personality and chef, Samy Kobrosly, became obsessed with the idea of a meat-free pork rind after joking with a friend about his inability to partake in the classic snack given his Muslim upbringing. After rounds of experimentation, he landed on a simple recipe of yuca, mushrooms, and onions to create a crunchy, airy, 100% vegan and plant-based crisp that resembled a pork rind. The unique ingredients and process used for making Snacklins resulted in something even better: a low-calorie, grain-free, scoop-shaped crisp unlike any other snack food available. Soon, people started taking notice and Snacklins found its way to local bar counters and grocery shelves. In October 2019, Samy bolted through the doors of ABC’s Shark Tank and secured a deal with Mark Cuban. Since then, Snacklins has grown all over the country but we remain a small team committed to making delicious, healthy snacks that people love.

Store in a cool, dry place. 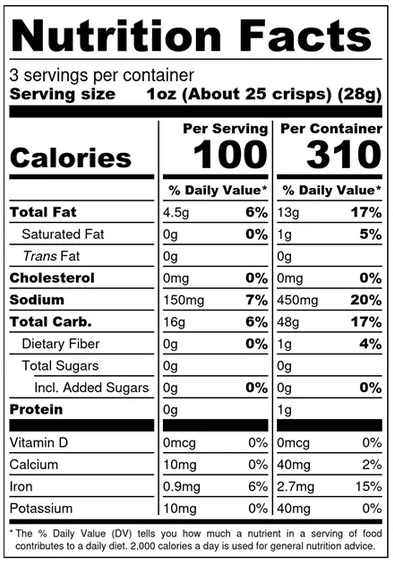