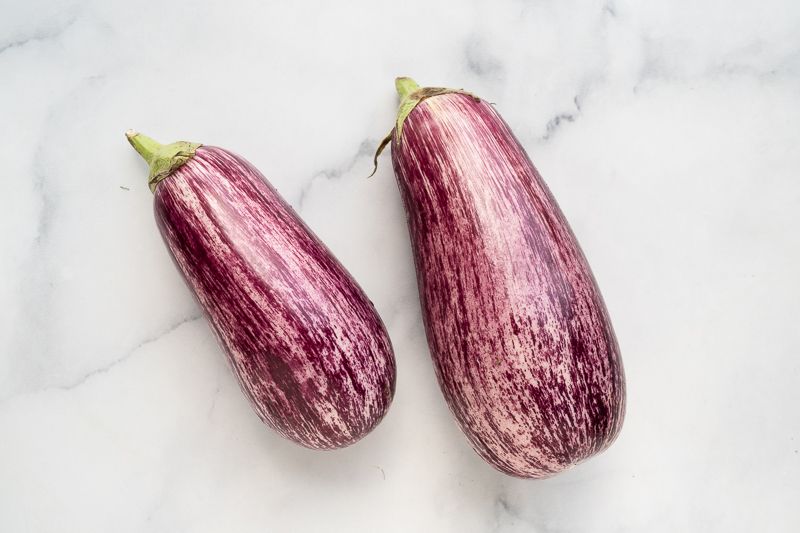 This stunner of an eggplant has all the vitamins and minerals of a regular one but with a gorgeous stripy pattern that makes it stand out on the plate. Enjoy it for a low-calorie weeknight dinner, or make it the vegetarian centerpiece of your next dinner party! Roast with olive oil and sea salt; add to stir-fries; or fry for eggplant parm. 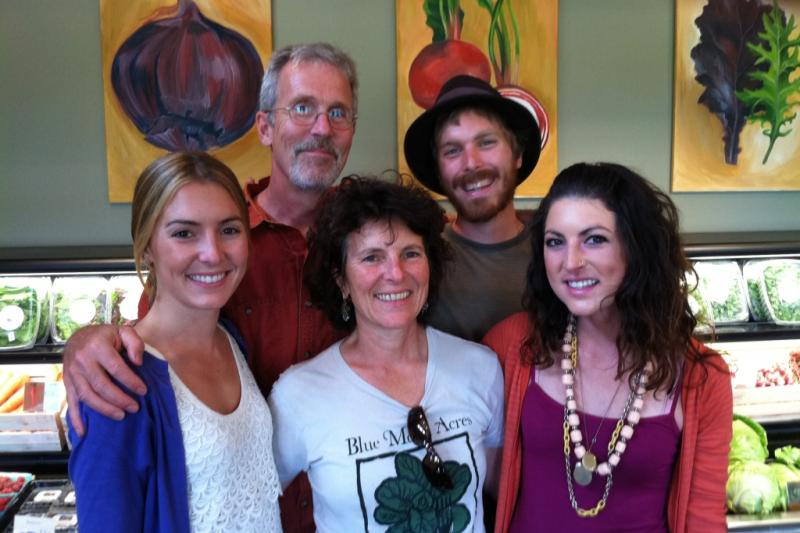 Blue Moon Acres all started with a passion for high-quality, locally-produced food. With backgrounds in natural foods-wholesaling and farming, owners Jim and Kathy Lyons wanted to pursue a healthier, more sustainable form of agriculture. Together they realized their dreams to own and operate a farm. When Blue Moon first opened its doors in 1992, it did so as a CSA—Community Supported Agriculture operation. The following year saw the first harvest of micro greens and the first sale to a New York City restaurant. Word spread from chef to chef, and what was once a small backyard operation soon became the most trusted name in the business. During this time, Jim and Kathy raised three children, the eldest of whom, Ashley, now heads the sales and marketing department. In 2007, with an eye towards expanding their product offering, Blue Moon Acres acquired a 63-acre New Jersey Grown farm on agriculturally-preserved land in Pennington, New Jersey. It was here that several years later, Blue Moon built their first farm market, in which both the farm’s Organic produce and other locally-made goods are sold. Today, the farm operates with an ever-increasing focus on sustainability via the use of bio diesel farm equipment and geothermal heating and cooling techniques. Looking to the future, Blue Moon’s focus will remain on sustainability and soil biology, which results in disease-resistant, better-tasting, more nutrient-dense foods.

Wrap in a paper towel and place in a reusable container or perforated plastic bag in the crisper drawer for up to 7 days.